Friends and supporters -- we are off to a fantastic start for this election year!

- We were featured on the front page of the Jan 19th Detroit Free Press. Click HERE to check it out.

- We’ve met with groups from Police Departments to the Building Trades Unions to City and County Officials around the district to gain support, with endorsements already coming in.

- We also had incredible initial public events at TechTown in Detroit and with the Fems for Dems in Bloomfield. Many new people have been added to the team! 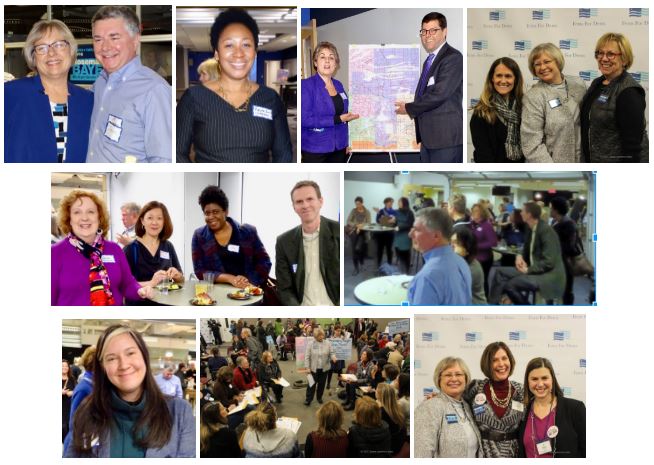 February’s focus is on fundraising, with a strong team and a new leader, Patrick Brewis; our goal is to continue to beat our goals!

The volunteer team is rocketing ahead, focused on both growth and outreach. If you’ve checked one of the volunteer boxes, you’ll hear from us very soon.

Come join us at these exciting February events:

Feb 24 - Vote for Women to hear from many of the new candidates (between 10am and 4pm, Rosemary at 1pm)

Also, if you are interested in hosting a neighborhood gathering or a postcard party, let us know.

I’ve you’ve ever woken up in March and wondered where February went, remember it’s the disappearing month.  Just a few days shorter, yet it goes by so fast and you miss it.
We have a fundraising goal of $8500 for this short month, and could use your support now!

Please do what you can to help! Click HERE to contribute.

Thanks for continuing to support this important wave of change!
- Rosemary