Brace Beemer, of Oxford Township, was the voice of the Lone Ranger on WXYZ Radio during the 1940's and 50's. The Village of Oxford celebrates his tradition annually with a festival and parade. The parade is one of the summer's largest in North Oakland County and kicks-off on Saturday August 4th at 11am. 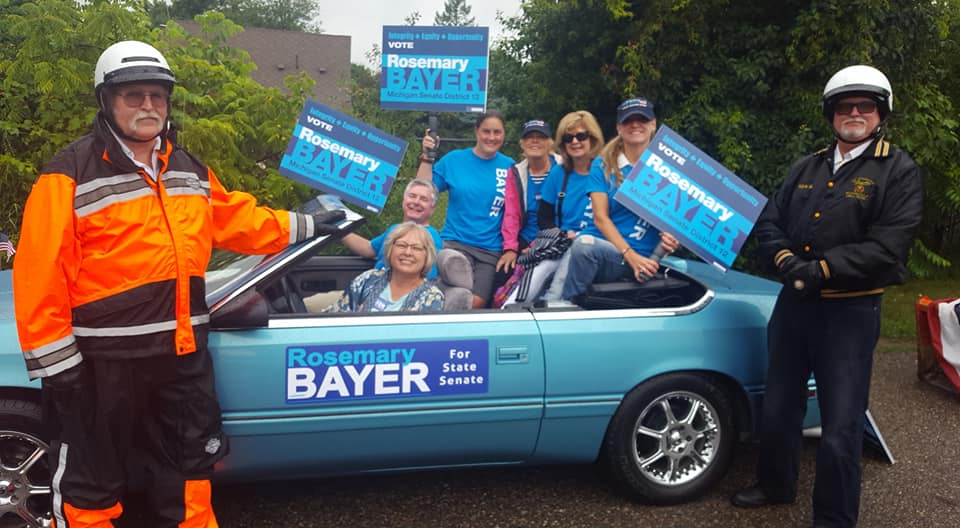 Team Rosemary will joining the Mindy Denninger team in marching in the parade and talking to as many people as possible!  All of our family, friends and supporters are invited to join us.

Please plan to arrive at the the Oxford Market Place Mall (158 South Washington Street) no later than 10:30am.

Note that western-wear, cowboy hats and boots are suggested, but are optional, and we will have team t-shirts for all of our marchers!

Let us know that you're coming by signing-up HERE.

After the parade, plan to stay for the free all afternoon festival which will include Arts & Crafts, The Taste of Oxford, Hospitality Tent, Live Entertainment, a Kids Corral and more!

Here's a video from a couple years ago, to give you a preview of the event > https://youtube.com/watch?v=7oQsk8EYuJ4